Oil and gas industry lives the path of energy transition 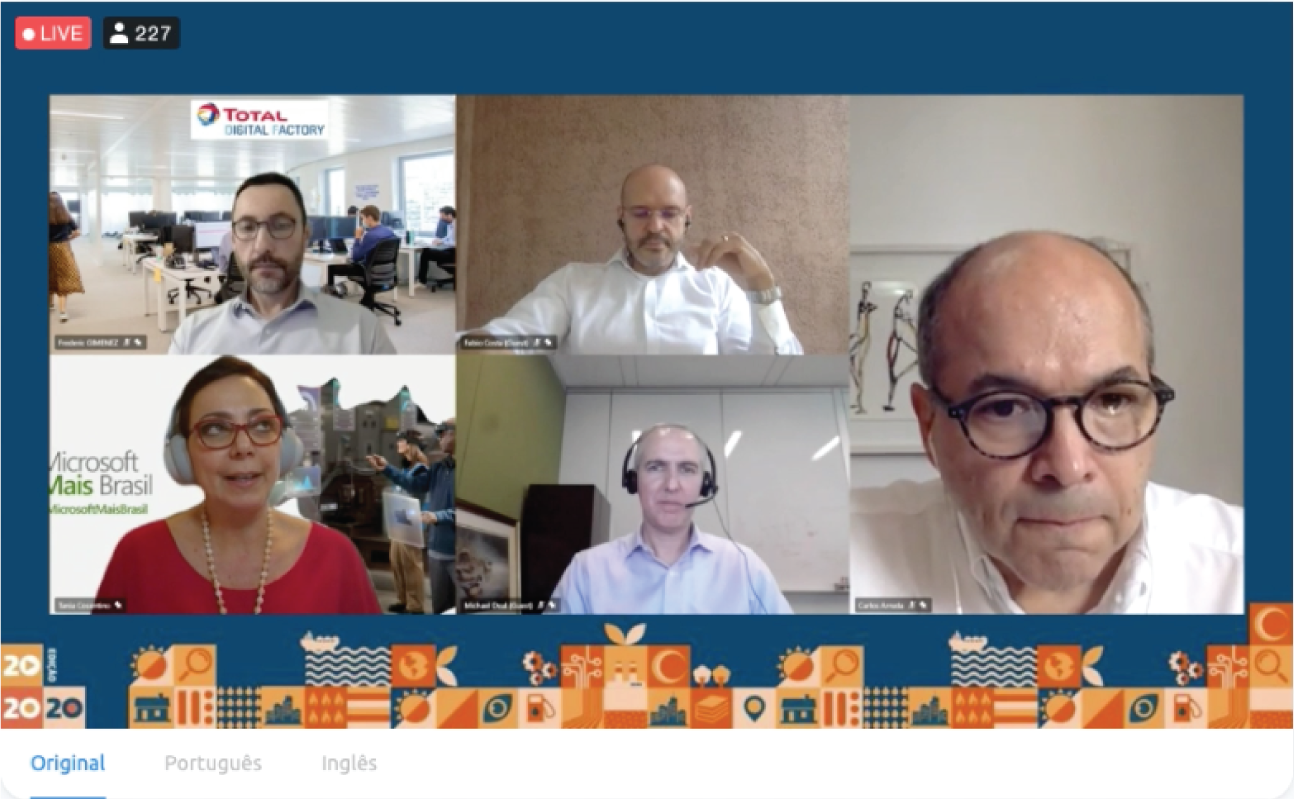 Changes pick up the pace with the new US government; oil will still have space until at least 2050.

The path to the oil and gas industry in the world is through the energy transition, in a scenario with room for diversification of energy sources and advancement of renewables, especially after the change of government in the USA, with the election of Democrat Joe Biden. However, in this new transformation environment, oil and gas consumption will continue to be present in the long run.

These are some of the conclusions of the debates of Rio Oil & Gas on its second day of the event, which also dealt with topics such as E&P, downstream, biofuels, natural gas, among others.

At the debut of CEO Talks, Equinor’s new global CEO, Anders Opedal, reinforced the company’s goal of zeroing net carbon emissions by 2050. Until then, he said, the world will continue to demand oil and gas. But he highlighted: “We cannot focus only on the production of oil and gas, but on producing with the lowest possible carbon emission.”

Daniel Yergin, the vice-chairman of IHS Markit, said that the growth of renewable energies is in line with the commitment of many countries to achieve energy transition goals, set out in the Paris Agreement, with the move towards a clean matrix. “We must assess the scale that will be needed, including in relation to the value chain and available resources.”

In his analysis, the oil and gas market will resume in the second half of 2021, especially after the discovery of a vaccine for Covid-19. China, he says, positions itself as a leader in global demand for oil. According to him, Brazil is a “large offshore [production] laboratory”, but it needs “regulatory clarity and transparency” to maintain the growth of production, within the convergence with the demands of the ESG agenda.

For Yergin, Joe Biden will have a fundamental role in promoting public policies to combat climate change. He estimates that the US government must show short-term planning, especially as China plans to mitigate net emissions by 2060.

For another international guest of this edition, Jason Bordoff, director and founder of Columbia University’s School of International and Public Affairs, Biden will promote the debate on the wider use of hydrogen, CCUS technologies, and the promotion of electric urban mobility.

In Brazil, the example came from Rafaela Guedes, Petrobras’ chief economist, who indicated that the company has ambitious targets for reducing net emissions by 2030, but noted that the sector’s scenario is still uncertain. “It will be a gradual recovery, but we see greater competition in renewables and that the transition has accelerated.”

Lazslo Varro, the chief economist at IEA, highlighted the importance of expanding the natural gas market and integrating it with the electricity sector in a time of energy transition, highlighting the importance of opening up the Brazilian market. “Gas is a reserve for other energy sources,

a battery for the sector”, said Varro, during the session “The Opening of the natural gas sector in Brazil.”

Michael Stoppard, the chief global gas strategist at IHS Markit, stressed that it is “important to ensure a good risk-return ratio in order to attract investments to the sector.”

The energy transition also involves changes in the transportation matrix, with an increase in the share of biofuels, according to Marcelo Araújo, CEO of Ipiranga, the second participant of the day at CEO Talks. “We are going through a transition process in which Brazil stands out. We also have a clean automotive matrix, through a great asset that is biofuels. It is our role to be a protagonist in this transition, with transparency and encouraging other companies,” he said.

For Rafael Grisolia, CEO of BR Distribuidora, the opening of the sector is an opportunity to increase competition, but this requires coordination of the multiple actors involved to overcome the challenges. “Brazil has great potential for the production of biofuels, but policies are needed for the sector to maintain energy security and social and economic development, meeting sustainability requirements,” said Heloisa Borges Esteves, director of Oil, Natural Gas and Biofuels of the EPE.

Investments in new wells in the Campos Basin have retreated and the region is experiencing a decline in production, but this reality is beginning to change with companies focused on revitalizing mature fields. “These are still very significant reserves, with great potential already discovered,” said José Formigli, CEO of Forsea Engenharia.

Since 2014, PetroRio has invested in the acquisition and revitalization of mature fields. This is what is going on with the Tubarão Martelo field – which will be integrated with the Polvo field – and the Wahoo field – which will be connected to Frade. “We seek to share all the infrastructure and other synergies in order to reduce costs and extend the useful lives of assets,” said Francisco Francilmar, COO at PetroRio.

Trident Energy also takes the same path. Fabrício Zaluski, the company’s legal director, stressed the importance of regulatory changes promoted by the ANP that facilitated new investments in mature fields, such as the reduction of royalties for incremental production and the renewal of concession contracts. The three integrated the session “Invest to revitalize: The action of new actors in the Campos Basin ”.

For the sector giants, operational resilience, Capex and Opex control, and more fluid regulation are essential at this time. “The pre-salt already has spectacular wells. If the local regulation is more fluid, attracting more investments and developing the sector, we have the ideal scenario,” said Artur Nunes da Silva, VP of E&P Deepwater at Total, present in the panel “Major offshore projects – Development, innovations, and opportunities.”